Hi all, just a small update- the funky game data I previously included with image-to-bitsy has now been replaced with the default Bitsy game data. I've done this for the sake of users who want to begin their Bitsy projects right in image-to-bitsy- a use case I simply hadn't considered when I first created this tool.

To explain why I had weird game data in image-to-bitsy in the first place: I took inspiration from Playscii by J.P. LeBreton, which also lets users convert an image using an existing tileset- one of the reasons I created image-to-bitsy was to allow people to create pictures using Bitsy tilesets. 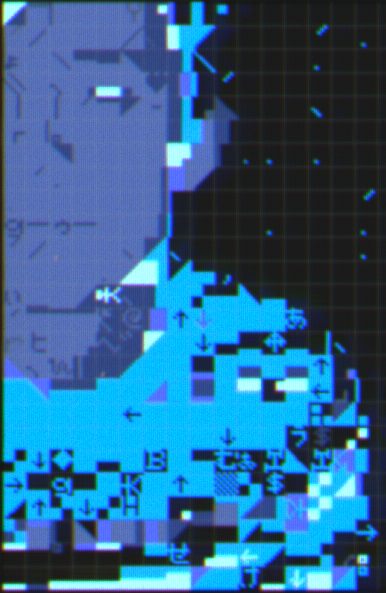 an image converted using Playscii
To this end I wanted to let people who had never used bitsy- and perhaps had no intention of ever using bitsy- have some fun using image-to-bitsy to create weird pictures and selfies. The default game data was not great for this, since it only had one palette and one tile; the results were not particularly artistic. So, in a bit of an homage to Playscii I set out to convert the Commodore 64 PETSCII tileset into Bitsy format and created some fun palettes. 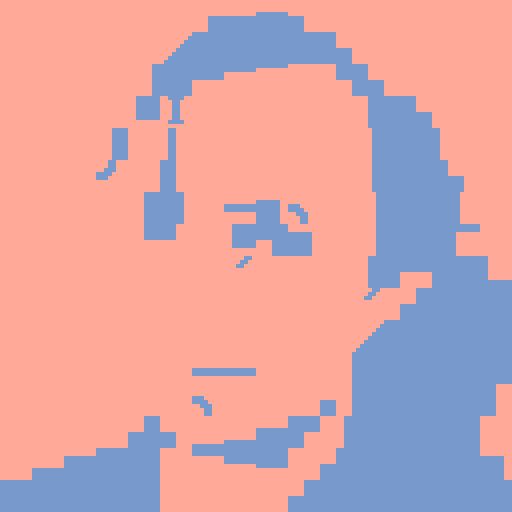 A later change to image-to-bitsy meant that it would not reuse tiles by default- meaning that many users would start using image-to-bitsy to create their game, leave the tile reuse slider at its default position, and find themselves baffled when they imported their new game data into Bitsy and found hundreds of bizarre extra tiles.

In short, image-to-bitsy started out as a fun little project for my own amusement and for my friends to mess around with; I hoped people would use it for artistic purposes in their Bitsy games but I had no idea my tool would become a significant part of the Bitsy 'ecosystem' and used by so many people to create so many fantastic works. I hope this change makes it easier for more people to get started with Bitsy- it's a fantastic tool and anything I can do to ease more Bitsy games into the world is a good thing.

I'm still waiting for the day somesone tweets a bitsy selfie at me. anyone? :)

convert any image to a Bitsy room